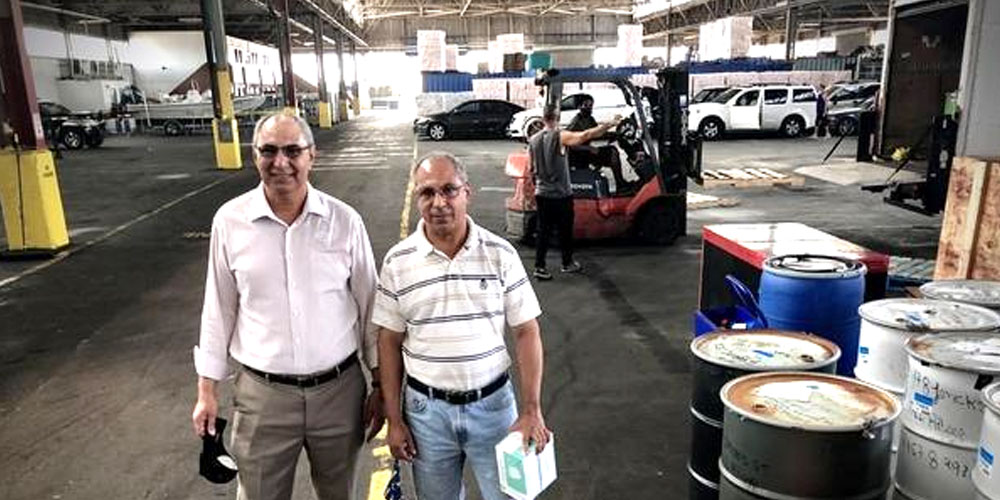 Victor DePina, left, president and CEO of Atlantic Shipping Company, and his brother John De Pina, vice president of operations, are seen here in the state pier in Fall River where they store and ship cargo to Cape Verde and Haiti.

These automobiles are being stored at the warehouse of the Fall River state pier before being shipped to Cape Verde by the Atlantic Shipping Company.

DePina says for 40 days, from March 30 to May 10, he couldn't ship any merchandise or vehicles to his native country of Cape Verde — as result of Gov. Charlie Baker's order that until further notice only "essential" businesses be allowed to stay open in the commonwealth.

DePina said during that period he had to lay off the 12 people who work for him in Fall River at the marine terminal warehouse located on the state-owned pier at 1 Water St.

He said all but one of those employees have since returned to work. DePina employs another 18 people at offices in Braintree, Brockton and the islands of Fogo and Sao Vicente.

His transatlantic shipping business qualified for a federal Paycheck Protection Program loan that DePina said arrived at the end of May and amounted to more than $200,000.

Without the PPP loan, which is forgiven if an employer keeps workers on the payroll, DePina said he might have had to contemplate shutting down his business.

And if Atlantic Shipping Co. were to close it almost certainly would adversely affect many families and individuals of Cape Verdean descent on both sides of the Atlantic Ocean.

"This is families sending things to families," DePina, 66, said. "They really depend on families in the U.S. sending clothes and food."

He says the company has also been shipping between 700 and 800 vehicles a year to Cape Verde.

"Christmas time is busy," he said. 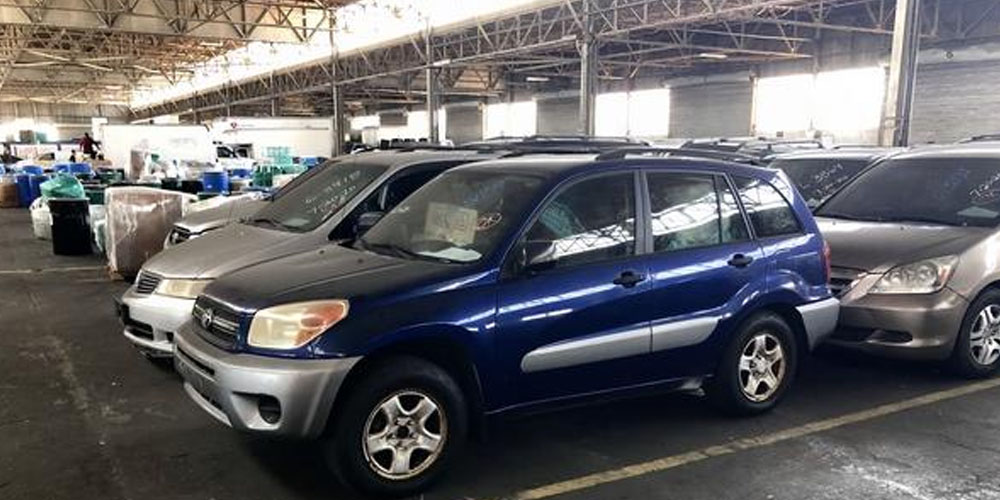 DePina says he immigrated to the United States in 1978, graduated from Wentworth Institute of Technology in Boston with a degree in electrical engineering and went to work for Narragansett Electric Company, now known as National Grid.

He says he started Atlantic Shipping Company in 1995 in East Boston, resigned from the Rhode Island utility company three years later and in 1999 established a foothold at the state pier in Fall River.

His younger brother John, who spells his last name De Pina, had joined the company in 1997 and continues to serve as vice president of operations.

De Pina, 60, says he graduated from Northeastern University in 1984 and returned to Cape Verde, where he worked as a mechanical engineer and taught at a maritime school before coming back to the United States to work for his brother.

The Fall River state pier, one of four in the state, sits on the south side of the Braga Bridge and is a short stroll from Battleship Cove, which abuts the north side of the bridge on the Taunton River.

The brothers say in any given year they service between 30,000 and 40,000 people of Cape Verdean descent residing in the United States, many of whom live in Boston, Brockton, Pawtucket, New Bedford and to lesser extent Connecticut.

There is no middle man. Customers personally drop off items they want shipped to Cape Verde, which is located off the coast of West Africa, either in Fall River, Brockton or Braintree.

"The customers contact us directly. There is no intermediary," DePina said.

Atlantic Shipping has three tractor trailers that transport those goods from Brockton and Braintree to the state pier in Fall River to be stored in the warehouse.

DePina said depending on weather conditions it typically takes 13 to 14 days for the company's "small container" commercial boat to make the trip from Fall River to Cape Verde.

Anyone who wants to ship a car or truck to Cape Verde must make arrangements to drop it off at the warehouse.

DePina said the company's small staff in Fogo and Sao Vicente act as "the agent between the ship and the cargo — they do the paperwork (and) transfer ownership of the property from us to the recipient."

Nearly all personal effects and non-perishable food items are placed into shipping barrels or drums.

"Ninety percent of the stuff is put into drums," De Pina said.

Those drums are then loaded into shipping containers, which in turn are loaded onto the ship.

The brothers said Atlantic Shipping has been renting 21 bays in the enclosed warehouse, which comprises around 100 bays, at a cost of approximately $22,000 per month for just over 50,000 square feet of storage space.

The property, since 1946, has been managed by the non-profit Fall River Line Pier Inc., which leases the land from the state and since 2014 has been a tenant at will, according to state records.

The state pier also has rail access to accommodate shipments dropped off and then trucked to the Fall River-based Gold Medal Bakery facility on Bay Street.

On the south side of the warehouse there's a long dock for a Block Island ferry and scallop boats out of New Bedford that have reached their catch limit.

DePina in recent years has also been busy shipping cars, trucks, school buses and motorcycles to Haiti as part of a business arrangement with Cambridge-based Marine Express Inc.

"It's just one person. He's been doing it himself for 20 years. We just transport them for him," DePina said.

He said Atlantic Shipping has been making seven to eight trips annually transporting as many as 1,000 motor vehicles from Fall River to Haiti, a trip that he says lasts about six days.

"There are a lot of used cars that go from the U.S to Haiti. What's amazing is there's no room for them on the island," DePina said.

His brother noted that some cars are probably sold while others are used for parts.

He said the growing trend in recent years for people shipping cars out of the country has been to buy them at auction, such as Manheim New England in North Dighton, which now conducts all transactions online.

DePina says he's always leased his ships: "If you buy one, you're stuck with it," he said.

His brother said the ship can hold around 150 motor vehicles.

A second company under the same roof

That import business, which leases half a dozen bays at the state pier, owns the Royal Lunch brand of milk crackers now manufactured in Cape Verde — as well as the Sabor di Terra product line that includes canned fish, corn, beans, peas, cookies and toilet paper.

Those products not only supply a plethora of Cape Verdean-style mom and pop stores in the region but also grocery store chains in Massachusetts, Rhode Island, Connecticut and New York, including Market Basket, Save a Lot and Stop & Shop.

He said the two product lines are also sold on the company's website and Amazon.

DePina said shipping rates for customers are set by the U.S. Federal Maritime Commission and are usually based on cubic volume as opposed to weight.

After 25 years he says he still looks forward to coming into work.